A Polar Bear for Christmas

Earlier in December I found the pattern Bradac and decided it would be a good use for some white yarn I had leftover from a blanket I made. After waiting two weeks or so for some plastic eyes that I ordered on Etsy to arrive from Taiwan, I really focused on finishing this project. I want to finish up all the little projects I have so I have a fresh start for the new year. 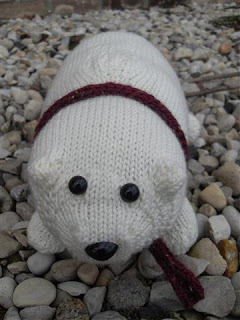 Last night I finished the bear and made the mini scarf this morning. He measures about 12" from nose to tail, and is super cuddly. It took me two weeks from cast on to cast off, but I was only knitting for about two or three days on him in that time. I really liked this pattern because it was entirely seamless, something you don't generally find in softies.﻿ 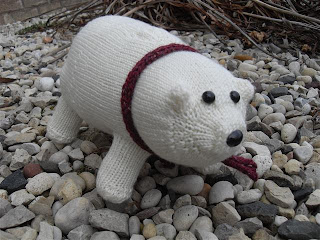 I would have loved to get some photos of this guy in some snow but the mild winter we've had didn't allow for that. I think I may keep him as part of my Christmas decorations. Hopefully we'll have a white Christmas next year!﻿
Posted by Allison at 1:03 PM