I have two finished objects to share with you today, both of my own design. They both use the smocking stitch. It's a really simple design, but I think it looks really good. Here is the first one: 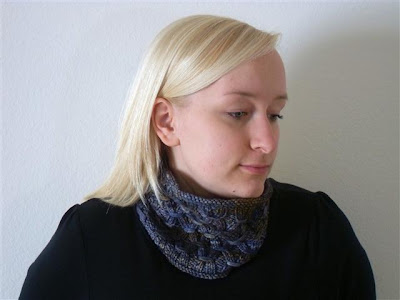 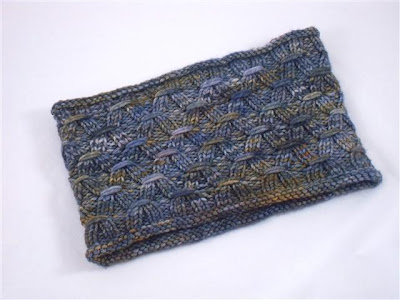 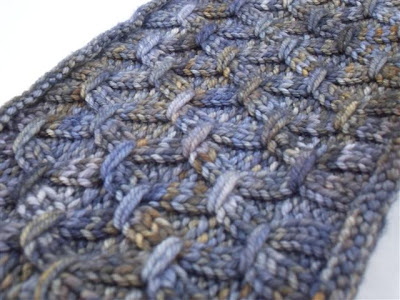 This was my first time using Rios and it didn't disappoint. This cowl is soo soft! I've been wearing it around the house for no other reason that it feels like soft angel kittens have taken up residence around my neck. The colors are fabulous too!

My second cowl also used the same stitch pattern, but I varied it up a bit. I made ruffled edges by tripling the stitch count. It was a good idea in theory, but didn't work out so hot. I used a leftover skein of Madeline Tosh Chunky from my vest, and the ruffles are so heavy that the top one falls down when I'm wearing it. I think it would work well if I used DK or sport weight yarn, but it just didn't work for the chunky. I would have preferred it a bit bigger as well, but I didn't have enough yarn to do so. Oh well, live and learn. 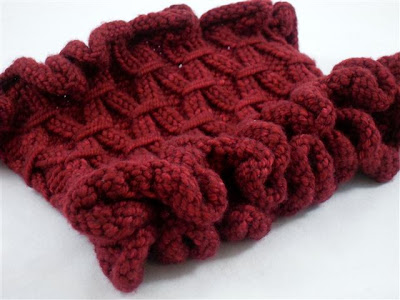 I posted this pattern on Ravelry for testing last night, had it fill up by this afternoon, and already had one tester finish it (Rebecca at ChemKnits, you're awesome!). How cool is that? Ravelry never ceases to amaze me.﻿

As far as other knitting goes, I'm trudging along with my Winnowing. I feel like I've been working on it forever but I haven't even finished using my first ball yet which means I'm not even 33% of the way done. I just keep telling myself the finished product will be worth it. Why don't we make that the question of the day; what was your favorite finished object that you disliked knitting?
Posted by Allison at 6:19 PM