This past weekend my boyfriend and I went to Great Midwest Alpaca Festival in Madison. This our second year attending the festival and it was just as much fun as last year. I have a couple of pictures to share. They're cell phone pictures, so excuse the quality. 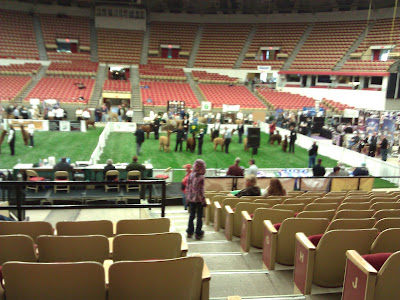 This was the main area where the judging was going on. We really don't know much about how to judge an alpaca, but it was fun to watch the process. Mostly because of the alpacas that wanted nothing to do with standing still in an arena and who gave their handles a hard time. 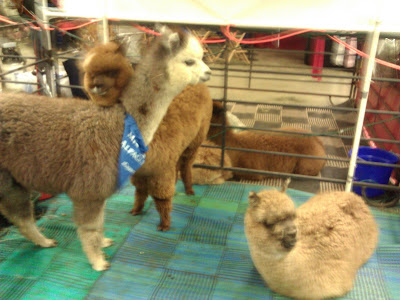 Around the judging arena, there were all the stalls where the animals were kept when they weren't being shown. The main thing to know about alpaca is that there are two types: huacaya alpacas (pronounced wah-kay-ya)... 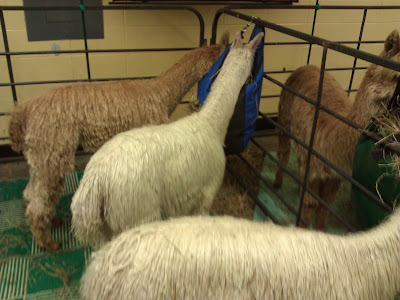 ... and suri alpacas. Fiber from the suri alpacas is very drapey (and hard to spin, from what I've been told), whereas huacaya is very crimpy and less drapey. 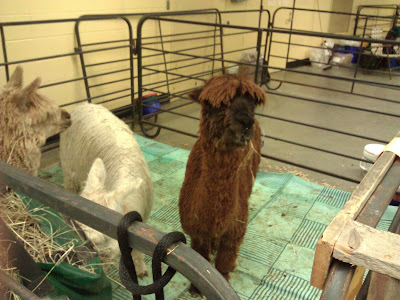 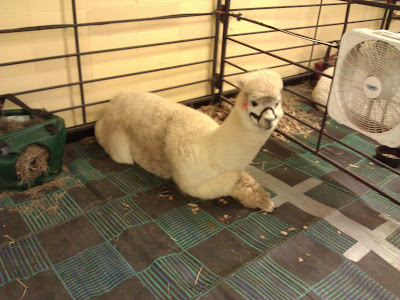 I'll admit, I'm more partial to the huacayas because they're like big teddy bears. 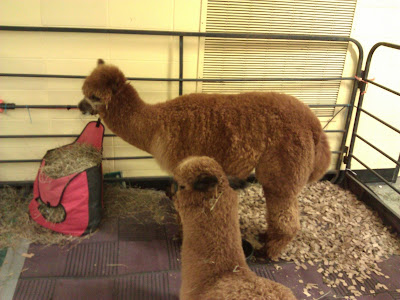 My birthday was Monday so as a present to myself, I got some yarn at the festival. After circling the vendor area three times, I finally decided on 900 yards of lace weight alpaca in this beautiful forest green. I've never knit lace weight yarn, but I've had Zebulon queued for awhile, so I think I'll use it for that. No telling when I would cast on, though. 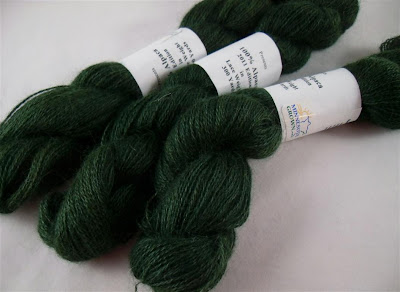