A couple of weeks ago, my local yarn store sent out a list of summer classes that they'd be offering. One of the classes was making Oink, a softie that features a bouncy ball on the inside. 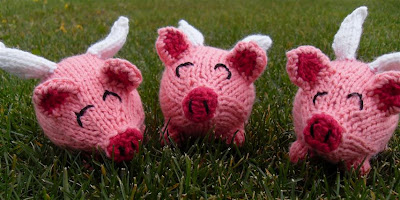 I absolutely loved this pattern when I saw it, not only because of how adorable it is, but because my sister was planning to run her very first marathon in a couple of weeks. The marathon she chose: the Cincinnati Fly Pig Marathon. It was destiny. 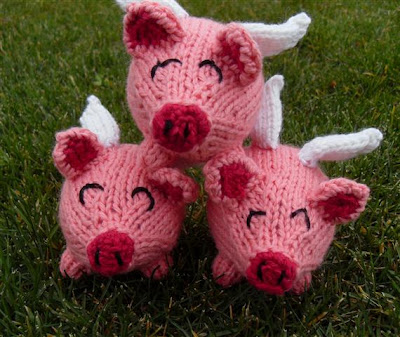 I didn't end up taking the class to make them because they wouldn't be ready in time. It was a lot of fun to see the finished product, but actually making them wasn't exactly what I had thought it would be like.

It turns out I really, really underestimated the amount of time the sewing takes vs. just knitting the pieces. I chose to make three, and I'm glad I made all the parts at once instead of making one pig at a time. I probably would have gotten sick of sewing and given up after the second pig. The little legs were the funniest part. When I had all 12 legs finished, they looked like little outie belly buttons.

After three days of sewing, I finally finished them and sent them off to my sister. She absolutely loved them and took them on her trip to Cincinnati. 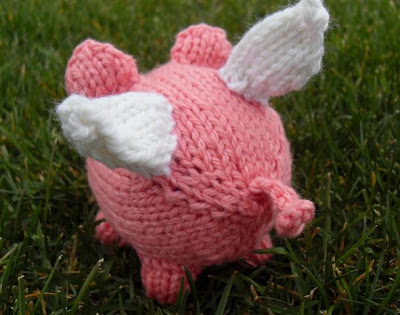 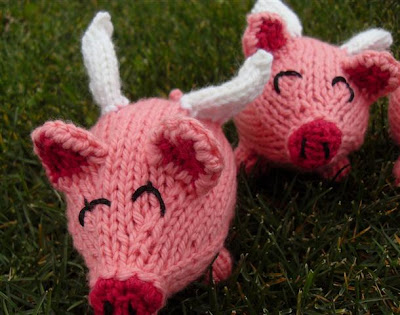 Here are some photos my sister sent me from the marathon: 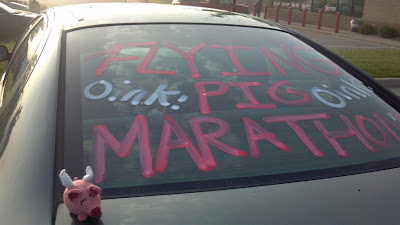 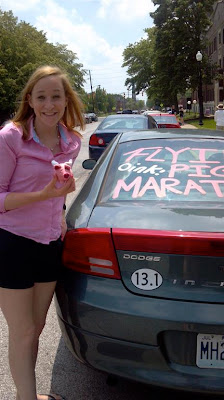 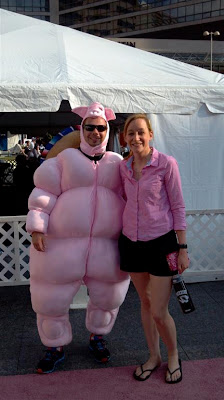 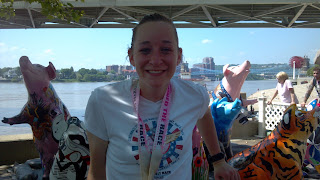