Well, it's official. I'm the worst at getting pictures taken in any sort of a timely fashion. I managed to knit a cardigan in 17 days but couldn't organize myself to take a picture of it for an entire month. Better late than never, right?

I knit this cardigan for Ravellenics during August. It was my first time participating in the event and it sure didn't disappoint. Knitting a sweater that fast was certainly a challenge. The Saturday before the closing ceremonies I stayed up until 2am finishing the sleeves on the cardigan so that I could block it and have it ready to go to knit the button bands the next day. The deadline was a wee bit stressful towards the end. 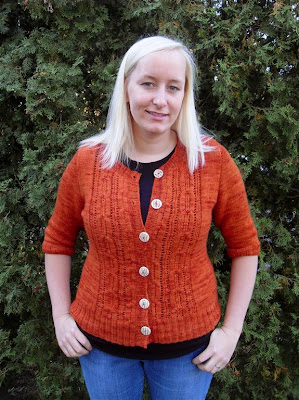 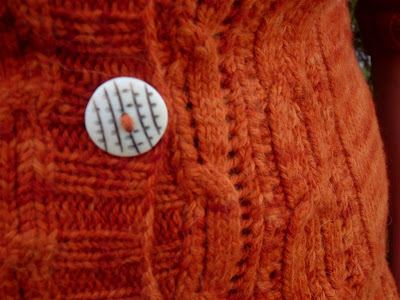 I had originally planned on using different buttons for this cardigan, but the ones I ordered on Etsy didn't arrive in time. It's a bummer when you find out the seller is from Hong Kong if they didn't have it listed on their profile :(

The buttons I used I actually got at a gun show last year. What I was doing at a gun show, I'll never know. They are made from shed deer antlers, which is pretty cool and very unique. 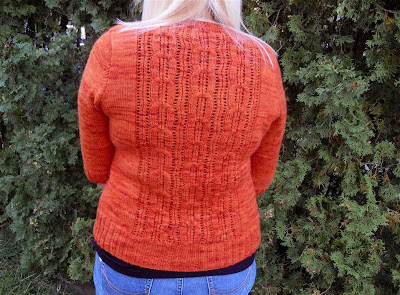 The yarn I used is 50% wool and 50% alpaca, so it is soft, soft, soft! It also has a really nice tonal variation to it. I alternated skeins every two rows so it wouldn't pool at all.

My only modification to the pattern was to knit the shoulders by picking up stitches along the opening and knitting them top down, instead of sewing them in. I did this mainly because I'm not that good at finishing, so I knew I would be unhappy with the results if I was under a deadline. It worked out fine, and I really enjoy the process. 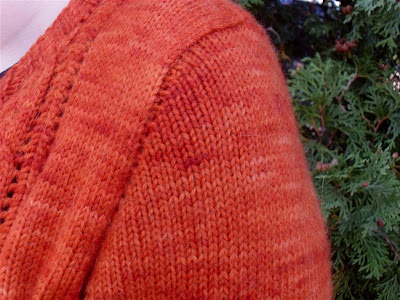 As a little bonus, I'd like to link to an article about my local yarn store. It's an interesting read and it even says Orange is in!
Posted by Allison at 9:49 AM