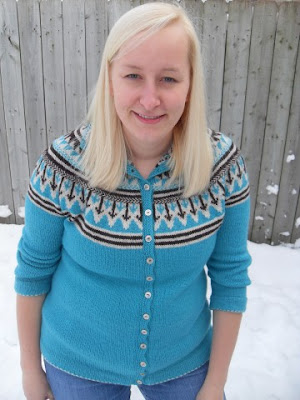 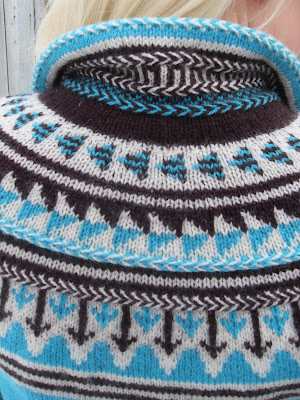 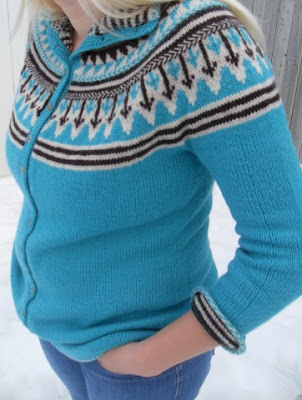 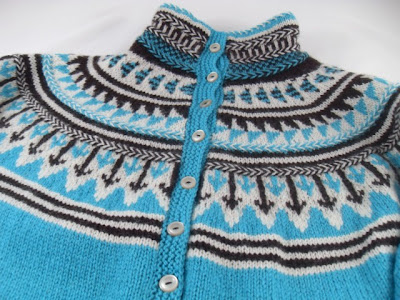 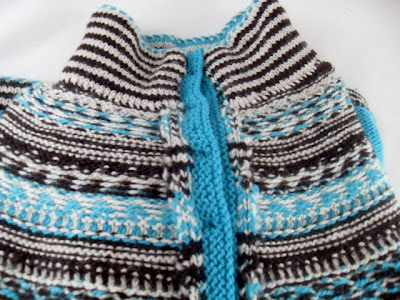 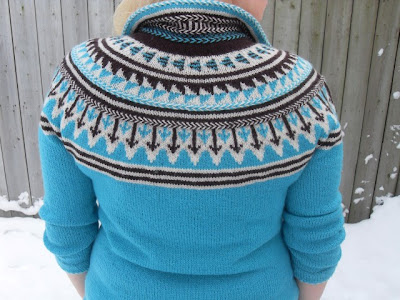 A Note on Steeking

Earlier this week I finished the majority of the knitting on my final sweater for the year. All that needed to be done was to steek the front of the sweater, pick up the buttonbands, and do some final sewing. Sounds easy, right? Well, it pretty much was. Tedious, but easy.

That was quite the surprise for me as I have never steeked anything before in my entire life. Frankly, it's a pretty terrifying idea. If I've spent over 60 hours knitting something, why would I create an opportunity for the entire thing to unravel? Thankfully, steeking turned out to be nothing like the old time cartoons where a sweater gets unravelled in a matter of seconds.

Before I started steeking, I took a couple of pictures for posterity in case disaster struck: 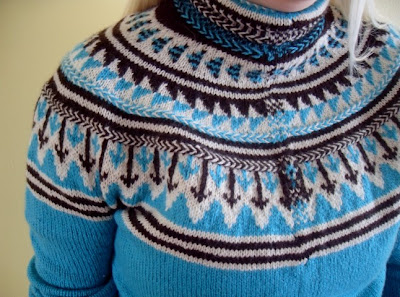 In preparation for the big moment, I watched a lot of Youtube videos and read a lot of tutorials about steeking. There are two ways a knitter can reinforce their knitting before cutting into the fabric: by crocheting lines by the steek or by using a sewing machine. The pattern I was using specifically called for machine-stitched reinforcements.

Unfortunately, that isn't a very common method because it's less stretchy than the crocheted reinforcements. I was able to find videos of people using a sewing machine, but every single one of them was just doing it on a swatch. I can understand why someone would use a swatch, but it didn't give me a good idea of what the process would really be like. My biggest worry was how I was going to fit the narrow neck of my sweater on the machine.


Through trial and error, I found that it does fit on a sewing machine, but I really had to squish everything in to place and adjust it every couple of inches as I was sewing. I took a couple of pictures of the mess in hopes that another knitter with the same question will stumble over them. 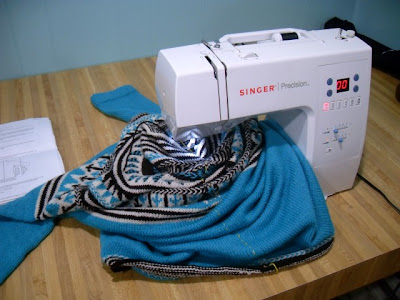 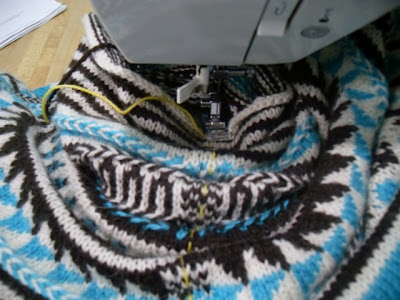 I stitched a line on either side of the yellow string using the shortest length stitch my machine could do. I then took out the yellow string and made the cut. It was scary at first but then I saw just how sticky 100% wool is. The yarn on the cut edge barely moved at all. Once I finished cutting, I sewed another line on each edge just to be safe.

I had a really good experience and I'm really pleased with how this project has turned out. I've already started looking at other stranded knitting projects to add to my queue. Now this is how I feel about steeking: 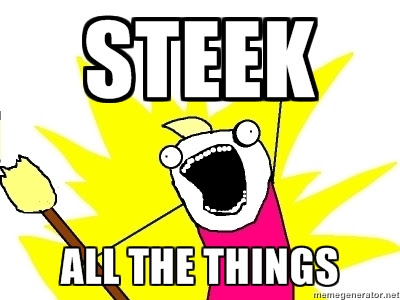 Merry belated Christmas to everyone!
Posted by Allison at 9:59 AM 6 comments: 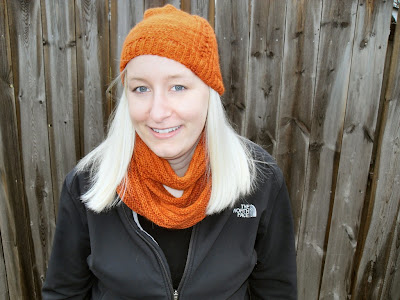 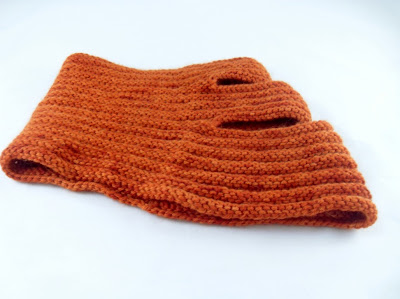 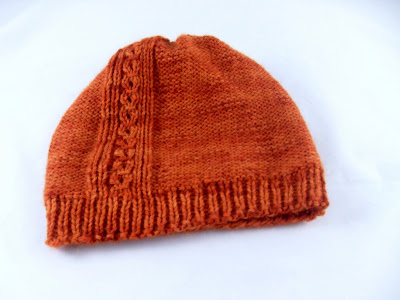 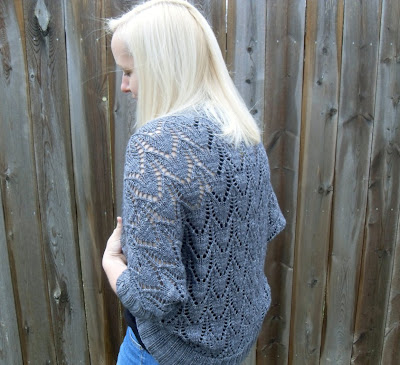 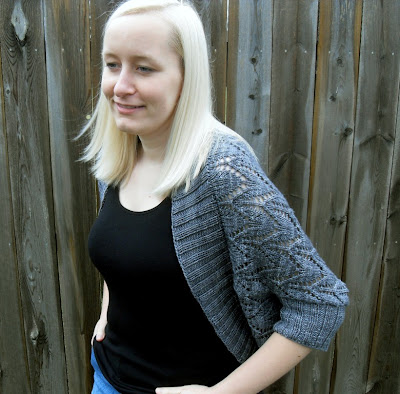 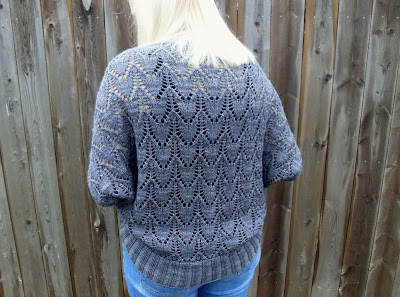 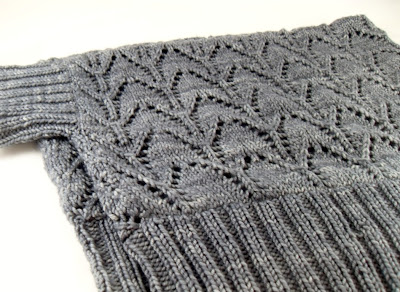 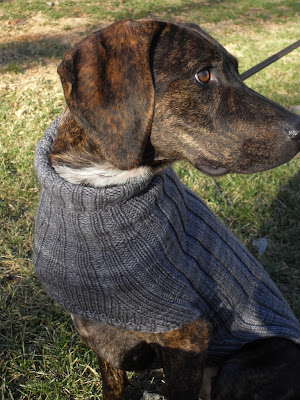 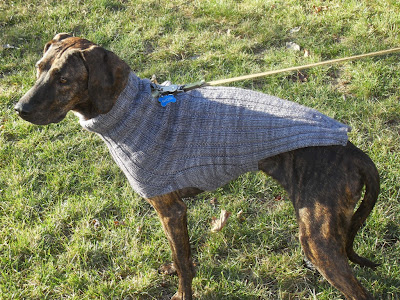 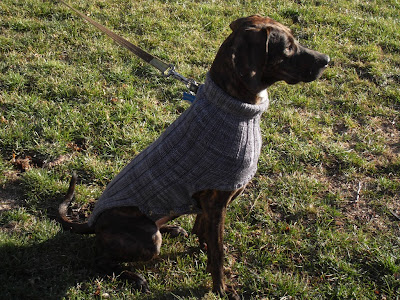 Hopefully it's nice and sunny this weekend so I can take pictures of a couple of other finished objects I have.
Posted by Allison at 9:35 AM 6 comments: